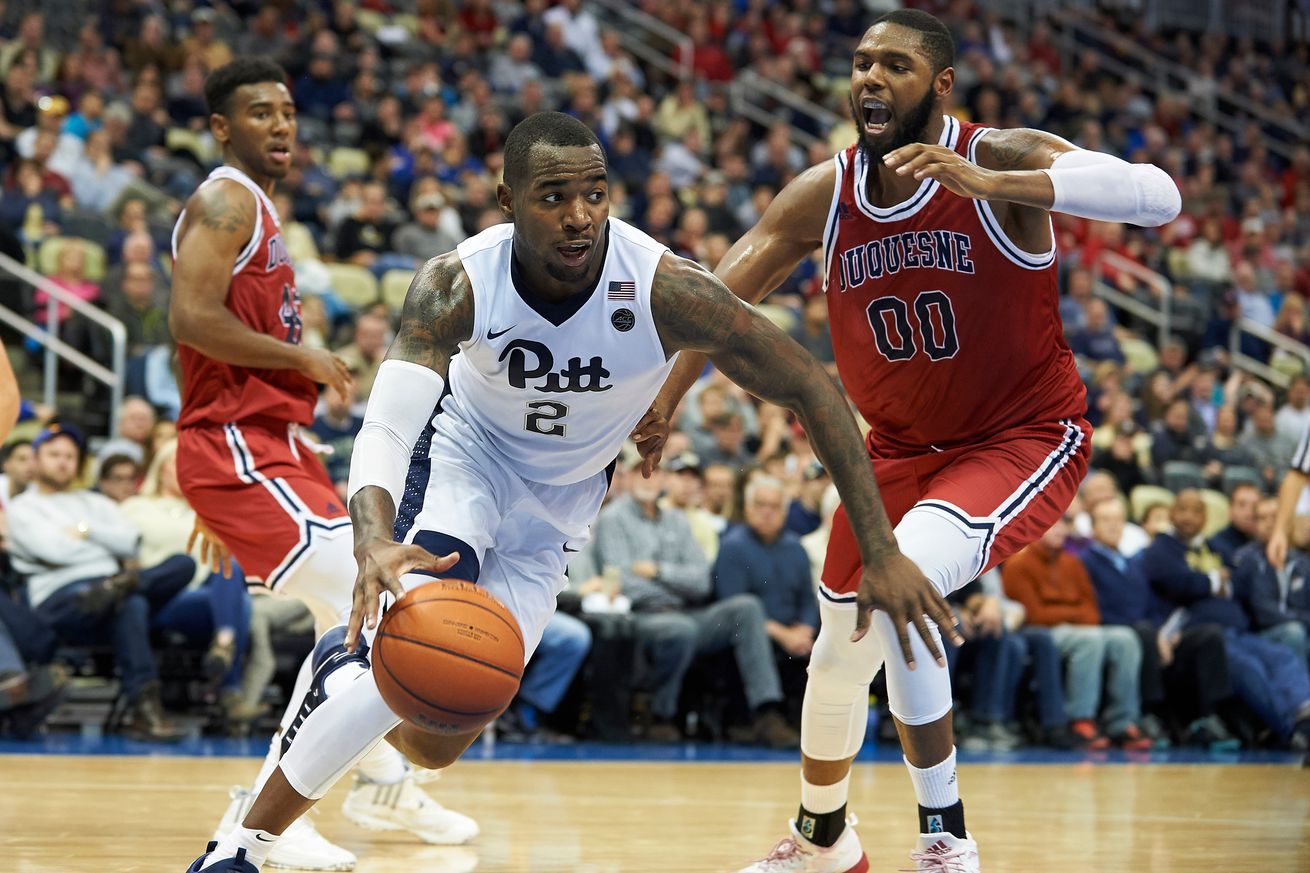 Pitt declined to play Duquesne in the City Game in 2019, ending an annual tradition in Pittsburgh that dated back to 1970. The game was expected to resume in 2020, but on Thursday, Jerry DiPaola of the Tribune-Review reported that the City Game would not be played for the second straight year, according to Pitt head coach Jeff Capel. No reason was given for the controversial scheduling decision, as Capel declined to comment.

“Just finished an interview with Jeff Capel, insightful as usual, a man really looking forward to the 2020-21 season,” DiPaola wrote in a Twitter post. “He surprised me when he said Duquesne won’t be on Pitt’s schedule this season. He declined further comment.”

Last year, the decision to cancel the City Game was met with outrage by fans of the intracity rivalry game. However, the reason for its cancellation was at least somewhat clear, as it occurred around the same time that Pitt scheduled a game with Robert Morris. The implication was that Pitt wanted to limit the number of rivalry games it played, and because it had West Virginia scheduled, the decision was made to cut Duquesne from the slate.

With that said, in her statement on the cancellation of the 2019 City Game, Pitt athletic director Heather Lyke expressed an interest in resuming the series in 2020 and implied the rivalry game would be played on a continual basis after its resumption. Pitt and Duquesne later agreed in principle to resume the series in 2020 after a one-year break.

“The City Game is a time-honored basketball tradition in the city of Pittsburgh,” Lyke said in a statement issued in March 2019. “Unfortunately, our men’s basketball scheduling dynamics will not allow us to play the game in 2019. We look forward to resuming the game with great anticipation in 2020 and 2021.”

Thursday's revelation from Capel signaled that the deal struck by the two local programs last year was no longer in place, and while the reason for that is unknown, Duquesne athletic director Dave Harper noted that Pitt was the party that backed out of the verbal agreement against Duquesne's wishes.

“Despite a March 2019 public statement and verbal commitment to resume the City Game in 2020-21 and 2021-22, we were informed by Pitt that they do not wish to play Duquesne at PPG Paints Arena in either year,” Harper said, per Craig Meyer of the Pittsburgh Post-Gazette. “We offered to play at Petersen Events Center this year for no guarantee fee, no ticket allotment or any special considerations, but that offer was declined. We have an offer to play at Pitt in 2021-22 that we are considering.”

Uncertainty already surrounded the game and Pitt’s season as a whole, as colleges and sports leagues around the country are still determining whether or not in-person classes will resume and sports will be played in the fall due to the ongoing COVID-19 pandemic. But it now seems that once life returns to normal, the future of the City Game, one of the most storied series in Pittsburgh sports history, will be shrouded in uncertainty as well.

This article was originally published at http://cardiachill.com (an SB Nation blog). If you are interested in sharing your website's content with SCACCHoops.com, Contact Us.
Categories: Basketball, Pittsburgh, Virginia

Comments on City Game between Pitt and Duquesne nixed again