What headlines will be trending at ACC Kickoff 2017? - SCACCHoops.com

What headlines will be trending at ACC Kickoff 2017?

ACC Kickoff 2017 is upon us and the league will unite in Charlotte on Thursday and Friday as they look ahead to the 2017 season.  Let's take a look at a few topics that should be on the agenda for discussion this week. 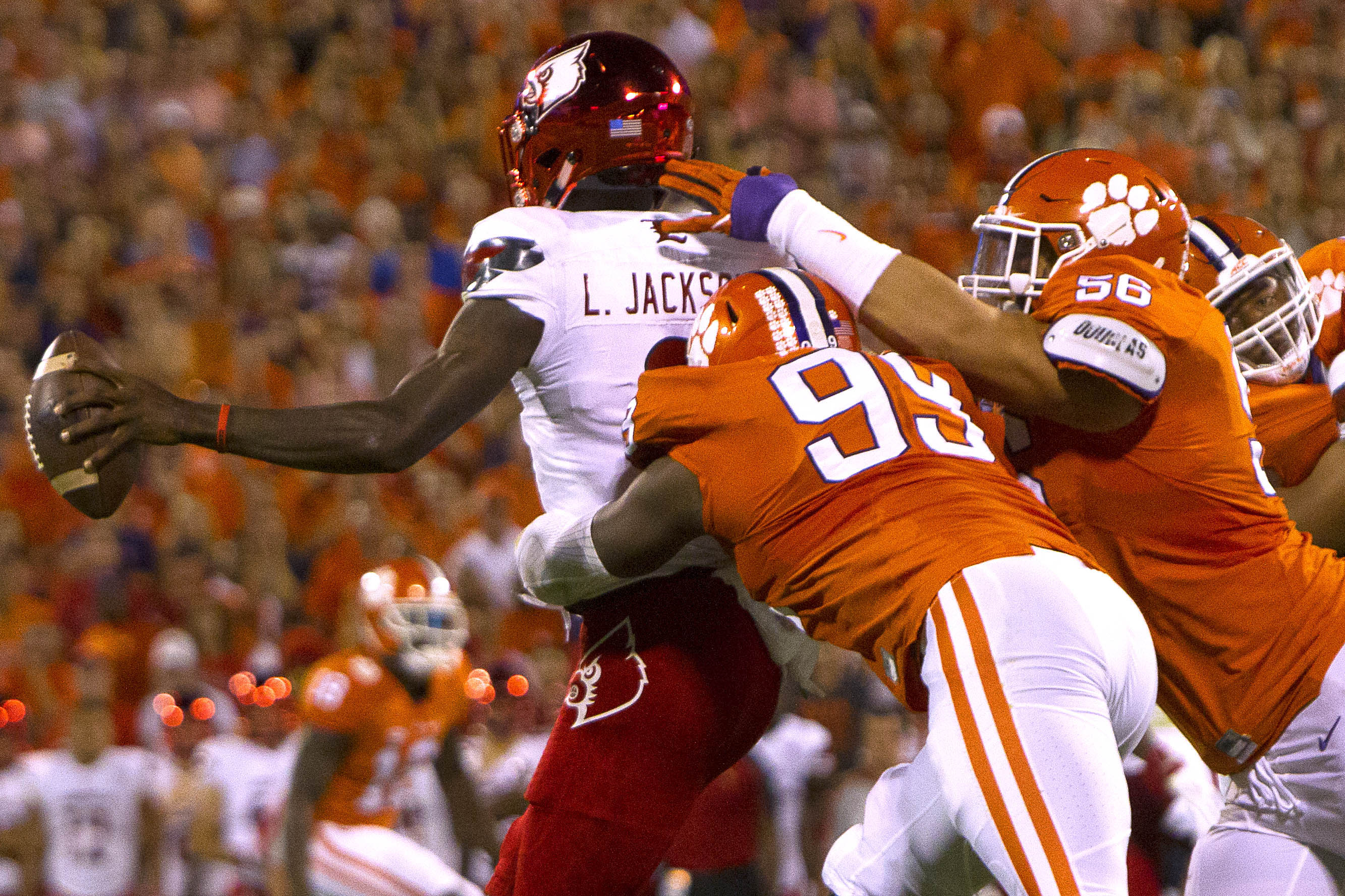 Clemson is coming off a magical 2016 season in which they won the national championship.  Dabo Swinney's team averaged over 39 points per game and over 500 yards per game last season, but several weapons are gone.  Deshaun Watson, Wayne Gallman, and Mike Williams are all gone and Swinney will likely turn to Junior Kelly Bryant at QB.  Bryant will likely have CJ Fuller in the backfield getting most of the carries, while Tavien Feaster is an exciting back to watch.  At wide receiver, Deon Cain and Ray-Ray McCloud are expected to get most of the targets.

The strength of the 2017 Tigers should be on the defensive side of the ball led by a nasty defensive line.  Dexter Lawrence returns to go along with Christian Wilkins and two should give opposing QB's nightmares.  Kendall Joseph returns at linebacker after a season where he tallied 124 tackles.

Clemson's schedule should be favorable, but Swinney will need to need to find a star or two on the offensive side of the ball to repeat in 2017.

Lamar Jackson is coming off a spectacular sophomore season where he won the Heisman.  Could he repeat?  Maybe but likely not, as it's only been done once by Archie Griffin in 1975.  Jackson will have that opportunity though and the key will be his arm.  Jackson will look to improve on his 56% pass completion percentage as well as cutting down the 9 interceptions he threw.   While teams looked to limit Jackson's running ability, he still managed to run for 1571 yards a season ago.  Inevitably, defenses will make adjustments, so Jackson will have to look to adjust as well.

Can the ACC replace a talented QB class?

When you look at last year's ACC Football leaders in passing yards you'll quickly see 4 of the top 5 passers are no longer in the league.  Lamar Jackson is of course the lone exception, and he's not a bad guy to top the list of returning QBs.  After Jackson though you're left with several promising players, but no NFL locks like the ACC has last season.  Gone are Clemson's Deshaun Watson, Miami's Brad Kaaya, UNC's Mitch Trubisky, and Virginia Tech's Jerod Evans.  Can Deondre Francois step up for FSU?  Is Kelly Bryant ready to step up for the Tigers or will someone else fill Watson's shoes?  Can Daniel Jones take the next step at Duke and become an NFL caliber player as some project?

Can Virginia Tech stabilize the Coastal?

The Hokies won the coastal division in 2016 marking the 4th different team to win the division in the last 4 years.  If Jerod Evans had decided to return to Virginia Tech, the Hokies likely would have been the clear choice.  Instead, the division will likely be wide open once again.  Virginia Tech and Miami likely have the most talent on paper, but both may start freshmen at quarterback to open the season.  The game on November 4th between these two may be the difference.

Athlon is predicting continued volatility with their predictions...

Is the Atlantic division Clemson's to win again?

We've already covered Clemson's path to repeat, and there are some definite question marks on the offensive side of the ball.  If the Tigers aren't able to find the answers needed, FSU should be ready to fill the void at the top of the Atlantic Division.  Deondre Francois returns for the Noles at QB to lead an FSU offense that should be better this year largely due to experience.  On the defensive side of the ball, FSU returns 9 starters to a defense that should be among the nation's best.  Don't forget Louisville went 7-1 in conference play last season either, and as long as Lamar Jackson is around the Cardinals will be dangerous as well.